The coronavirus outbreak left a significant mark on the retail industry, forcing people to change their shopping habits and prioritize spending. Even after countries lifted lockdowns, many consumers presumed cautious about going to the brick-and-mortar shops, causing a surge in the use of shopping apps.

According to data presented by Stock Apps, Amazon, Shein, and Wish, as the three most popular shopping apps globally, hit almost 24 million downloads in September. Android users accounted for 80% of that number.

With 9.5 million downloads in September, Amazon ranked as the most downloaded shopping app globally, revealed the SimilarWeb data. Around 85% of that amount or 8 million downloads were made in Google Play Store.

Statistics show the online retail giant had 2.43bn average visits the same month. In comparison, the combined number of average visitors of its four largest competitors eBay, Walmart, Target, and Etsy, amounted to under 2bn.

The company recently reported its better-than-expected third-quarter results, which revealed double-digit revenue growth. The US tech giant’s revenue spiked 37% YoY to $96.15bn, up from $92.7bn expected. Earnings per share hit $12.37, much more than $7.41 expected.

Although Chinese apps face a rising backlash worldwide, one of them has managed to climb the download charts quietly.

With 8.3 million downloads in September, the online fashion retailer Shein ranked as the second most used shopping app globally. The SimilarWeb data revealed Google Play generated almost 85% of that amount or 6.3 million downloads. The iPhone users downloaded the app 1.96 million times the same month, ranking it as the third-leading shopping app in the App Store.

Despite ranking as the second most popular shopping app globally, Shein is barely known in China. Instead, the online retailer primarily targets overseas markets, which had the lion’s share in its $2.83bn revenue last year. Statistics show the United States represents the largest market for the Chinese app, with over 40% market share in September. Italy, France, Brazil, and Spain followed with 11%, 7.5%, 5.7%, and 3.7% share, respectively.

With more than 6 million downloads in September, Wish ranked as the third most used shopping app globally. Android users accounted for almost 80% of that number, ranking it as the third-most popular shopping app in Google Play Store.

First launched in 2010, the San Francisco-based eCommerce unicorn grown to more than 500 million users who use the platform to buy and sell goods, helping its revenue double repeatedly in recent years. The 2019 data also showed it ranked as the fourth-leading shopping app globally for cross-border purchases with an 11% market share, behind Amazon, AliExpress, and eBay.

Statistics show Pinduoduo and Flipkart ranked as the fourth and fifth most downloaded shopping apps globally, with 5.74 million and 5.58 million downloads in September, respectively. 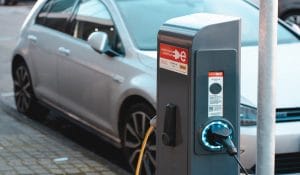